The decision, issued in coordination with the Environment Authority, is in line with the ministry’s plans to regulate market activities relating to the import of products that damage the environment, The ministry’s director general of industry Sami Salim Al Sahib said.

Article one of the decision bans companies, institutions and individual from importing plastic bags into the country, reported Oman Observer.

As per the second article, violators will be fined with OMR1,000 ($2,600), which will be doubled when repeated. 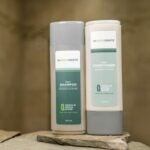 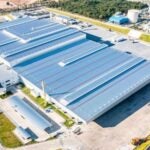 Al Sahib added that the decision will not affect local plastic production factories.

The implementation of this decision is expected to boost sales and production capacity to meet local market demands.

Omani factories are expected to benefit from the decision as it will prevent unfair competition from imported products that fails to meet environment standards.

Meanwhile, the ministry is collaborating with the departments converned to issue specifications and instructions to help industrialists and importers in switching to alternatives to plastic bags.

The decision to ban the import of plastic bag comes after the Environment Authority (EA) of Oman in January 2021 reportedly confirmed the ministerial decision 23/2021 to ban single-use plastic shopping bags.

Consequently, the country banned shopping plastic bags starting 1 January 2021 and imposed an administrative fine between OMR100 ($259) and OMR2,000 ($5195) on violators.