This figure represents an 18.3% increase on a reported basis and 12.4% rise on a constant currency basis from the corresponding period of the fiscal year 2021 (FY21).

Driven by strong aseptic carton performance in all regions, SIG’s organic revenue grew 7.5% in the six months to 30 June.

Revenues for the company’s Americas business grew by 61.2% to €148.5m during the quarter, while its Middle East and Africa (MEA) operations saw a 30% increase in revenue. 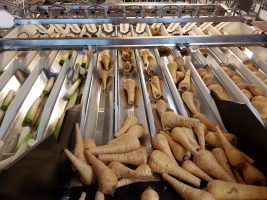 In addition, SIG’s Asia-Pacific (APAC) business recorded a 17.4% growth in revenue during the six-month period.

SIG Group CEO Samuel Sigrist said: “Our business performed strongly in the first half of the year despite the volatile environment.  Organic growth, including both volume and price increases, was robust and accelerated in Q2, especially when compared with an exceptional first half of 2021.”

For FY22, SIG expects full-year revenue growth of 22-24% on a constant currency basis and an adjusted EBITDA margin of around 26%.