Under a new government regulation, cigarette manufacturers in the country will be required to strengthen the health warnings on the packaging, the agency reported citing South Korea’s Ministry of Health and Welfare.

The Ministry plans to release the revised manual for labelling health warnings on cigarette packaging on 29 August.

This comes after the government passed the revised tobacco industry regulation revision in June this year. 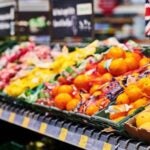 As per the revised manual, companies are required to display more graphic warnings on cigarette products such as, a warning on second-hand smoking featuring an image of a newborn child sucking on a baby bottle which has cigarette butts in it.

The new regulation will come into effect starting 23 December 2022.

In a similar move, the Government of India reportedly proposed addition of health warnings to tobacco packaging, last month.

To be constructed at Sejong Mirae Industrial Estate, the $133.5m (KRW180bn) factory will use a digital printing process and advanced logistics automation system to manufacture tobacco packaging such as cigarette papers and boxes.