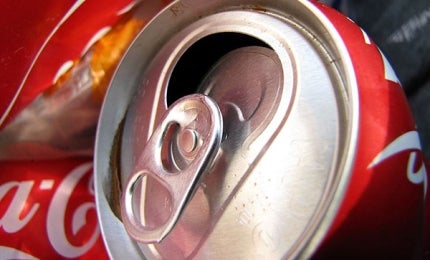 Ball Corporation announced the construction of a new state-of-the-art on-line beverage can manufacturing facility in the Yangon area of Myanmar in May 2014. The plant will be located in the Class A area of Thilawa Special Economic Zone.

In June 2014, the company signed an agreement with its joint-venture (JV) partner Thai Beverage Can (TBC) to build a drinks can manufacturing plant. Total estimated cost for the project is $40m and the facility is scheduled to be commissioned for operations by mid-2015.

Construction of the new on-line beverage can manufacturing facility is part of the company’s expansion strategy in South East Asia. The plant will manufacture beverage cans primarily for Coca-Cola Pinya Beverages, which opened its new bottling plant in Myanmar in June 2013. It will also supply to other local, regional and multi-national customers across the region.

Alumina is produced from Bauxite and is used to form aluminium coils. An uncoiler unwinds the aluminium coils into the lubricator, where a thin film of lubricant is applied to the aluminium sheet and then fed to the cupper. Cups are formed from the aluminium sheets using the cupping press. These cups are passed through the bodymaker, where the can base is formed and the external walls are stretched through a series of tools under great pressure to give it the can shape.

CROWN Brazil opened a fifth production plant at Teresina, the state capital of Piauí, in May 2014.

A trimmer is used to cut the open end of the cup to a uniform height. The cups are then washed, rinsed in the washer machine and dried in an oven.

Clean cans are internally coated and conveyed to the basecoater oven, where a base colour is applied to them, then conveyed further to the printers. The advanced printers use up to six colours to print the labels. A thin film of lacquer is sprayed to coat the print, to avoid the contents from reacting with the metal. A coating of lacquer is also simultaneously applied to the bottom of the cans to protect the aluminium. A deco oven further cures the inks and the coatings.

Cans are then passed through a die necker, where the openings are set according to specifications, then sent to the flanger, where the wide mouth is moulded to the end so that the cans can be fitted and seamed after filling.

Finally, reprofiling and quality checks are completed using cameras to detect any contamination. The beverage cans are then placed on pallets of 389 cans per layer up to a height of 21 layers.

“The aluminium cans are also 100% and infinitely recyclable within 60 days.”

Aluminium cans are ideal for food packaging as they are non-toxic and resistant, lighter than glass and do not rust changing the taste of the drinks. The aluminium cans are also 100% and infinitely recyclable within 60 days.

Ball Corporation supplies high-quality and durable metal packaging for beverage, food and household products customers. The company is based in Broomfield, Colorado, US. It also owns Ball Aerospace & Technologies, a company that develops spacecraft, sensors systems and components primarily for the US Government. Ball Corporation, along with its subsidiaries, has approximately 14,500 employees supporting operations in more than 90 countries worldwide.