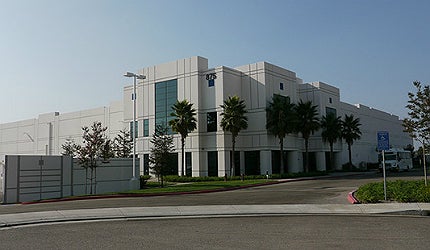 CarbonLITE, a subsidiary of HPC Industries, is a US-based producer of bottle grade raw materials. The company opened a new facility dedicated to post-consumer polyethylene terephthalate (pcrPET) plastic bottle recycling in March 2012. It is located in located at Michigan Avenue in Riverside, in the state of California in the US.

"California exports about 600 million pounds of PET a year to China for recycling. The recycling plant will eliminate the need for companies on the West Coast to export their bottles."

The bottle-to-bottle plant will produce US Food and Drug Administration (FDA) approved PET flakes and pallets for bottle manufacturing. It operates 24/7 and will initially produce about 75 million pounds of recycled PET of food grade quality each year.

Plans to establish the Riverside plant were announced in October 2010. The first phase of the project is estimated to have required an investment of $40m. With a capacity to process about 200 million pounds of bottles every year, it is the largest PET recycling plant in the world. It created about 100 new jobs.

The planned second phase of the project will double the processing capacity to 400 million pounds a year. It is expected to require an investment of another $18m. The second phase is planned for completion by the end of 2013.

The recycled bottles are supplied to various CarbonLITE customers including Nestlé Waters and PepsiCo. The project received incentives through the state’s Plastic Market Development (PMD) programme.

The 220,000 square feet PET recycling facility consists of a recycled bottles sorting and washing line and two pelletisers. The wash line is equipped with grinding equipment to produce plastic flakes. It was supplied by Sorema.

The PET plastic is a very sustainable material with recyclable properties. The CarbonLITE process technology has been approved for food packaging by the FDA. The technology utilises up to 100% of recycled content for manufacturing new PET resin products.

The containers and beverage bottles are compatible for use with various food products under both hot and cold fill conditions. The plant will produce about 85-95% of clear resin and five to 15% of green resin, depending on the market demand.

Anodised aluminium manufacturer Anomatic opened a new plant in New Albany in the state of Ohio in the US, in February 2012.

The recycling process for used plastic bottles involves six stages. The first stage is the decompression of the half-ton plastic bottle bales, which come to the facility, into individual bottles.

In the second stage, bottles are cleared of debris and washed in hot caustic water. The sorting equipment separates the bottles into clear, green and non-PET streams. The green and clear PET bottles are chopped into flakes and further rinsed and dried in the fourth stage. The fifth is the polycondensation stage, which involves heating of the plastic flakes in vacuums for decontamination, to meet the FDA requirements.

These melted flakes are extruded through solid static polycondensation pelletisers to produce food-grade PET pellets. The final stage is the packaging and transportation of the pallets to bottle manufacturing companies through railcars and road trucks. The pallets are packed in roughly one ton bags.

California exports about 600 million pounds of PET a year to China for recycling. The recycling plant will eliminate the need for companies on the West Coast to export their bottles.

"The recycled bottles are supplied to various CarbonLITE customers including Nestlé Waters and PepsiCo. The project received incentives through the state’s PMD programme."

Used plastic PET bottles will be recovered from municipal curbside systems and deposits through the California Redemption Value (CRV) programme.

The bottle-to-bottle recycling will increase the usability of the PET which was earlier downcycled to produce polyester fibres.

The plant will enable the beverage companies and the state to meet their sustainability goals of recycling 75% of wastes by 2020. It will also substantially reduce the amount of plastic wastes ending up in landfills.