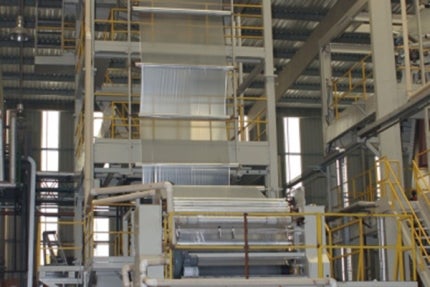 Australia-based sustainable resins manufacturer Cardia Bioplastics announced plans to establish a new plastic film and bag manufacturing plant in São Paulo, Brazil, in August. The new facility, which is leased, is expected to be commissioned for operations in September. The company has taken A$750,000 (approximately $697,253) worth of vendor finance for a one-year period to purchase the production machinery.

Once fully operational, the new Brazilian facility will be capable of producing 500 million retail carry bags per year, which is about four times higher than the current production of the Cardia Bioplastics manufacturing plant in Nanjing, China.

Cardia Bioplastics has received approval for its biohybrid bags as an eco-friendly product from the Maldives Environmental Protection Agency (EPA).

The new plant will produce innovative Cardia Biohybrid carry bags, which will be supplied to the Brazilian retail market. The company has signed yearly supply contracts with well-known Brazilian retailers such as Ricoy Supermercados and Drogaria Araujo.

Cardia Biohybrid resins are colourable and printable and can be used to make films such as shrink wraps, shopping bags and litter bags; injection mouldings such as closures, utensils and pens; blow mouldings such as bottles and containers; extrusions such as thermoformed trays, foam sheet, sheet and profiles, and coatings such as cartons and indoor signage.

Cardia Biohybrid resins contain up to 50% sustainable material and have 60% less carbon footprint than conventional petroleum-based polyethylene. The specially engineered thermoplastic starch resins have the same physical properties as filled plastics. These plastics can be recycled in the normal plastic waste stream.

Cardia Biohybrid bags are environmentally-friendly, use less oil and are free from any heavy metal, hence preferred by consumers, retailers, brand owners, municipals and governments.

The company develops and manufactures sustainable resins, films, bags and custom-made products made from renewable resources. Its products are marketed and supplied to packaging and plastic products consumers such as retailers, municipal councils, brand owners and other organisations.