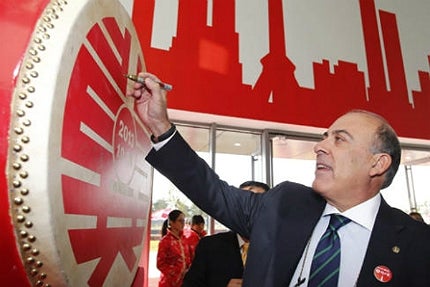 Popular carbonated drinks manufacturer Coca-Cola opened its 43rd bottling facility in China at Shijiazhuang in October 2013. Located in the Gaocheng Economic Development Zone, it is the company’s first facility in Hebei province.

The Coca-Cola Company announced a $106m investment on the new Chinese plant in August 2011 and held the ground breaking later that year.

Construction was completed in about two years. With the opening of this facility, the soft-drink manufacturer now has plants in all five provinces of North China.

Bottling of beverages at the Coca-Cola plant

The 170,000m² (42 acres) plant will initially bottle Coca-Cola, Sprite, Fanta and Minute Maid, while three more lines are slated to be added in the next few years. It will be the largest of the 12 Coca-Cola bottling plants of COFCO in China, when fully operational.

Coca-Cola’s strict conservation and source water protection plans will be implemented in the plant in order to manage water use efficiently, by reusing treated wastewater and supplying back used water to the community.

These initiatives form part of the company’s commitment to power business growth in a responsible and sustainable way.

The new Coca-Cola bottling plant was built as part of the company’s $4bn investment earmarked for 2012-2014 in China.

Hebei province, which has a population of more than 72 million and per capita gross domestic product (GDP) of $5,259, is one of China’s key growth markets. More than 2.4 billion servings have been sold in the province annually since 2008, which led to delivery of double-digit cumulative average annual growth.

Coca-Cola has been strategically investing in China to achieve their 2020 Vision goals. Its bottling success in the country is attributed to its partnerships with state-owned China National Cereals, Oils and Foodstuffs Corporation (COFCO), Swire Beverages and other bottling partners.

Coca-Cola was one of the first companies from America to foray again into China in 1979 following normalisation of diplomatic relations between the US and China. The company has, since then, invested more than $5bn in the Chinese market, providing employment to more than 50,000 people in the country.

“It will be the largest of the 12 Coca-Cola bottling plants of COFCO in China, when fully operational.”

China also evolved as an innovation centre for the company, with Minute Maid Pulpy being created and launched here in 2005. The country also accounted for almost one-third of Coca-Cola’s global growth in the last decade. It is also the world’s largest market for Sprite.

The Asian country is the third largest market for Coca-Cola, after the US and Mexico. The third quarter of 2013 saw the company’s sales volumes rise by nine percent in China, as beverages registered a growth of eight percent.

After making a mark in major cities of China, the company is looking to capture the imagination of populace in the tier-2 and tier 3 cities of the country. It is tying up with local partners in order to achieve this.

The new Coca-Cola bottling plant in the city of Luohe in Henan province was opened in October 2010. It is the company’s second largest production facility in China. The plant produces beverages such as Coca-Cola, Sprite, Fanta and Minute Maid.