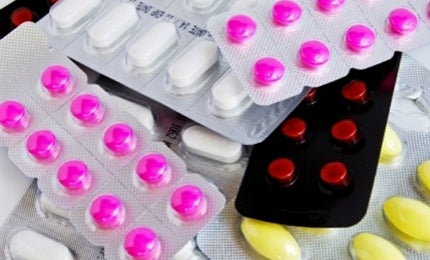 Sandoz, a leading generic pharmaceuticals company and a subsidiary of Novartis, opened a drug packaging and distribution centre at its existing manufacturing site in Strykow, Poland, in May 2015.

The $45m (PLN171m) plant is one of the biggest investments in the Polish pharmaceutical industry.

The investment is a big boost to the Polish economy and reiterates Poland’s role in the global pharmaceutical industry. It created 90 new jobs and is anticipated to create at least 40 more in the future. The centre is expected to become fully-operational by the end of 2015.

Strategic location for the expansion

"The $45m (PLN171m) plant is one of the biggest investments in the Polish pharmaceutical industry."

Sandoz’s decision to expand the Strykow site was influenced by the strategic location of the site in Poland, which is one of the largest pharmaceutical markets in central and eastern Europe.

The location also offers a skilled workforce and has the potential to conduct clinical trials and knowledge for the production and development of generic drugs.

Drugs produced at the plant were previously being transported to other packaging facilities of Sandoz.

A new packaging centre was essential to facilitate packaging at the same site in order to reduce overall costs and facilitate increasing the plant’s manufacturing capacity.

Construction of the new packaging facility at the Strykow site began in June 2013 and was completed in the second quarter of 2015.

Eight state-of-art packaging lines were installed with a fully-automated warehousing system during the first phase of the project.

The new equipment facilitates packaging at the site with an annual capacity to pack four billion tablets, eliminating the need for sending them to external packaging facilities.

Operating since January 2010, Sandoz is one of the leading generic drug producers in Poland. It specialises in the production and distribution of generic drugs.

Poland is Europe’s sixth biggest pharmaceutical market with a value of $8.1bn. As of 2013, the nation had 66 pharmaceutical companies with domestic production satisfying 60% of the nation’s medical drug consumption in terms of volume.

The nation also houses production and functional activities and has the lowest prices for advanced and generic drugs in Europe.

Generic drugs constitute a higher share in national sales. According to the Polish Information and Foreign Investment Agency, generic drugs led the Polish market with 66% in domestic sales in 2012.