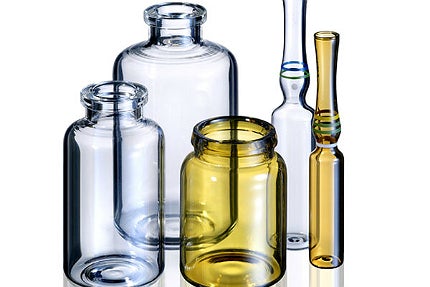 SCHOTT Pharmaceutical Systems is currently expanding its primary packaging plant located in Lukácsháza, Hungary. The plant produces packaging products such as ampoules, vials and cartridges for the pharmaceutical industry.

The expansion was started in 2012 and is expected to be completed in 2016.

A new machine building facility was opened at the Lukácsháza site in June 2013 marking the start of the expansion. It will create more than 30 jobs for the people residing in Lukácsháza.

The plant, originally opened in 1993, is located in Western Hungary, near the Hungary-Austria border. It employs more than 530 people and produces more than 1.7 billion units of pharmaceutical packaging products per year.

The Hungary plant is the largest site of SCHOTT Pharmaceutical, whose products are exported globally.

"The Hungary plant is the largest site of SCHOTT Pharmaceutical, whose products are exported globally."

The expansion will also include the installation of new production lines, which will increase the production capacity at the plant.

The expansion will significantly increase the annual production capacities at the site. It will enhance the production of cartridges, vials and ampoules.

Products made at SCHOTT’s Hungarian plant

The plant produces primary pharmaceutical packaging products such as ampoules, vials and cartridges made from FIOLAX® glass tubes.

The company’s process technology and testing

"The plant produces packaging products such as ampoules, vials and cartridges for the pharmaceutical industry."

SCHOTT entered into a joint-venture with Xinkang of China in 2012 to expand its Chinese pharmaceutical packaging market.

SCHOTT KAISHA opened a new pharmaceutical packaging plant at Jambusar in the Bharuch district of Gujarat, India, in February 2013.

Tetra Pak announced its plan to build a new packaging plant in India in October 2008.

FSA publishes insights into coronavirus on packaging and foods