Expand
Gemma Michalski set up the company to provide convenience organic foods into the German market.
RPG Group provided their Thor container, which is ideal for the marketing of the chilled product.
All of the ingredients are organic with no preservatives used in the manufacturing process.
There are currently four soup varieties. 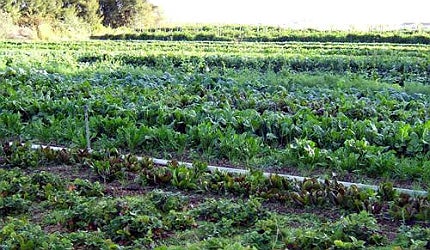 Yes Please Foods GmbH is a German-based company that has launched a range of new chilled convenience foods for the German market. The company was launched by London-born entrepreneur Gemma Michalski in 2006 who recognised a gap in the market in Germany for high quality convenience ready-prepared meals.

The meals are prepared as nutritious dishes featuring tasty and unusual recipes, made without the use of preservatives or additives. Michalski explained the motivation behind the company.

“Although convenience foods and ready meals are available in Germany, there is very little choice at the premium end of the market. In the UK, these types of products have already been enormously successful, especially among time-pressed families, couples and singles, with people prepared to pay for the convenience of well-balanced and delicious ready-prepared dishes that they can serve to family and friends without shame or guilt. Talking to friends in Germany, I was sure there would be a demand for similar products here.”

“The company was launched by London-born entrepreneur Gemma Michalski in 2006 who recognised a gap in the market in Germany.”

The first products launched by the company were a range of innovative soups using recipes that were developed by the German chef Ursula Heinzelmann (one of Germany’s best-known cookery writers and chefs). The soups are produced in London by Joubere, a Pasta Reale company.

The initial offerings were carrot, ginger and cardamom; beetroot with orange; and green pea with mint and coriander. A later fourth variety was introduced at Christmas 2007 and this was leek and potato with a hint of mustard. All of the soups are produced from organic produce and use no preservatives.

The owner of the company, Gemma Michalski, commented: “the only difference between the way our soups are made and the way one would cook them at home is the chilling process. As soon as our soups are cooked and put into their pots, they are blast chilled at very low temperature to keep them fresh for up to 21 days.”

Although the products were innovative when introduced in October 2007, it was recognised that a major part of establishing a new brand is dependent upon its identity and part of this is related to the packaging and the labelling.

Between the formation of the company in 2006 and product launch at the end of 2007, Gemma Michalski reviewed a huge range of packaging to determine what was best suited for the range. Finally, the Thor range of pots from RPC Group was chosen. The Thor pot is a modern design with a curved-edge resealable lid and is of robust construction incorporating tamper-evident technology.

The pot is injection moulded in polypropylene and displays an eye-catching graphic label which was produced by Williams Murray Hamm of London using the artwork of Martin Haake who is one of Berlin’s leading illustrators. The pot has been designed to display the soup to its best advantage and inform the customer at the point of sale about all of its advantages.

The soups are produced in the UK and then shipped to Germany as the chilled product. The transport supply chain is thus crucial to the success of the product.

“It was recognised that a major part of establishing a new brand is dependent upon its identity.”

The supply chain is provided by Total Logistics and the products are supplied to specialist delicatessens and food outlets including 11 branches of The Bio Company across Berlin.

The supply chain is now in place for expansion of product distribution to other German cities. Gemma Michalski commented: “Since the launch in October [2007] demand for our soups has been amazing. Customers sampling our soups in The Bio Company stores and elsewhere are really enjoying the fresh taste of our products and are coming back for more.

We have been overwhelmed by the enthusiastic response of both our retailers and our consumers. We look forward to extending our range of products beyond fresh soups and to expanding our business to the rest of Germany.”