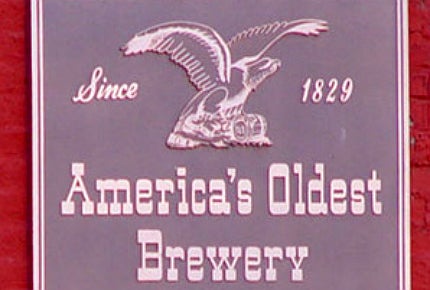 The Yuengling Brewery in Pottsville, Pennsylvania, is one of the oldest breweries in the US, producing a range of beers since 1829. Yuengling has two breweries in Pennsylvania (Pottsville and Port Carbon) and a brewery in Tampa, Florida, collectively producing around 1.7 million barrels of beer per year. Yuengling produces ales, porters and lagers in bottles, cans, barrels and kegs.

"Yuengling has two breweries in Pennsylvania (Pottsville and Port Carbon) and a brewery in Tampa, Florida."

In 2005, Yuengling installed Nordson ProBlue 10 series hot-melt adhesive melters and also ClassicBlue pneumatic adhesive guns at its Tampa plant. "The machine is able to process bottles so that the labels do not get scuffed and damaged."

The equipment was a PakMore continuous motion rotary case packer, which was designed in conjunction with the brewery to increase the line speed and efficiency and to cut down on damage and breakage.

The machine was meant to process bottles so that the labels do not get scuffed and damaged when being placed in the boxes. Since installing the PakMore, the brewery has attained a line efficiency of 88% and the continuous motion PakMore equipment ran at around 98% of its capacity.

The PakMore case packer used a dual-axis servo grouper that gathered the bottles for the gripper heads, which gently picks up the bottles and places them in the cases. The six-head system could pack 50 cases per minute for groups of six, 12, 18 or 24 bottles (the system also had a mode where it could run at 75 cases a minute).

The packer operated at 45 cases per minute, packing cases of bottled beer (seven different varieties) in the 24-pack format.

The system was designed to be low maintenance. It used Standard-Knapp’s custom-designed pressureless Zero-Gap in-feed technology, which enabled the bottles to run through their lanes more smoothly without causing jams (there was also an automatic fault recovery system).

The case packer used Allen Bradley programmable logic controls, which were supplied by Rockwell Automation. Glass bottles were supplied by Owens-Illinois, the closures by Crown Cork and Seal and the corrugated cardboard cases by Inland Container Corporation.

Coopers Brewery, based in Regency Park, Adelaide, Australia and one of the world’s market leaders in the beverage industry, installed a new bottle filler in August 2005 as part of its A$7m expansion programme.

Labatt Breweries of Canada is an arm of Anheuser-Busch Inbev. It launched the first ever insulated beer cans in May 2005.