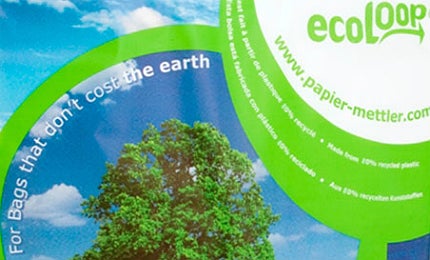 Papier-Mettler’s new plastics recycling plant is located in the Hunsrück mountain region of Morbach in Germany. Construction of the new recycling plant was completed by the end of 2011, but official inauguration was held in February 2012.

Recycling process at the Morbach plant

"The opening of the new plant has doubled the company’s recycling capacity in Germany."

Papier-Mettler produces plastic carrier bags using these recycled materials. The bags are sold under the brand name, ecoLoop. The sustainable product has reputed customers such as Marks & Spencer, a retailing company.

The ecoLoop cycle involved five steps. The process begins with the collection and shipping of plastic waste and used carrier bags from the customers’ sites to the recycling plant.

The collected film or plastic material is shredded, washed and then dried. The material is then melted at high temperatures. Any impurities from the molten mass are removed using a filter.

The third step involves granulation of the filtered molten material into small particles, which are cooled and dried. The obtained granulate material is used for production of new film after undergoing a rigorous quality check. The new film is then used to manufacture carrier bags.

Sustainability of the plastics recycling facility

The Morbach plastics recycling plant uses the ecoLoop process, which is an ecological recycling method. Products manufactured using the ecoLoop method have obtained the Blue Angel environmental label, as they are produced using up to 80% of recycled post consumer plastic waste. The Blue Angel (‘Der Blaue Engel’ in German) is a German certification for environmentally-friendly products and services.

Sustainability of the plant is improved by using closed water cycles for the production process. In addition, the catalytic exhaust gas is purified to reduce the environmental impact. The plant also uses heat recovery systems to improve the sustainability.

ecoLoop carrier bags are found to have better life cycle assessment, compared to those made from paper and cotton, according to a study by EMPA, the Swiss Federal Laboratories for Material Science and Technology.

Recycling of packaging wastes is a saviour to the future prospects of packaging industry, given the increasing volatility in crude oil prices.

The use of waste film as a raw material resource will reduce the dependency and consumption of fossil raw materials.

It will also reduce emission of greenhouse gases, therefore helping to save the environment.

The use of 80% recycled plastic material in producing new carrier bags cuts carbon dioxide emissions by at least 60%, according to Institute for Energy and Environmental Research (IFEU Heidelberg).

The close loop cycle used at Morbach plastic recycling plant means that the carrier bags are 100% recyclable and are thus safeguarded from the fluctuations in prices of raw materials. The bags can be reused number of times and help protect the environment.

CarbonLITE, a subsidiary of HPC Industries, is a US-based producer of bottle grade raw materials.